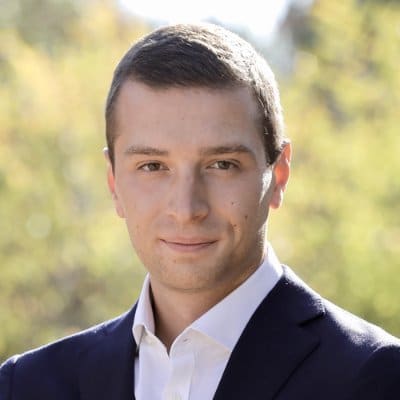 Thank you for your welcome. It is an honour for me to be here with you for the first time, and to carry this French voice in the concert of European and American conservatives.

This popular, sovereignist and patriotic movement – of which you are actors throughout the world – we were the bearers in France during the presidential campaign and we are moreover engaged at this very moment in the campaign for the legislative elections.

As you know, Emmanuel Macron was re-elected but the number of votes gathered by Marine Le Pen, that is to say nearly 42% of the French people, 13.5 million votes, remains historic and this fantastic force that we have built during this election will continue and we will, until victory, continue to carry it without weakening.

During the last days of the presidential campaign in France, we witnessed a coalition of all the interests of the System against us. Politicians, media, sportsmen, artists and politically correct figures all joined forces to launch an unprecedentedly violent campaign against patriotic voters.

In truth, this outpouring is something to be excited about. It is the surest sign of the feverishness of our opponents, in France and in Europe. At the rate of 10 points gained every 5 years, I think I can venture to say that France will be able to have a patriotic government in 2027.

Because this awakening of the people is the direction of history, the patriotic wave that we have just experienced in France echoes what we have already seen for several years in many countries:

Brexit in the UK, the victory of Donald Trump in the US, and then the affirmation of patriotic governments in Europe, particularly in Hungary and Poland, show us that we are facing a global phenomenon: the rejection of a globalist policy that destroys our identities and delivers our peoples to economic predation.

Beyond our differences and the issues specific to each country, we are gathered here because we strive to defend certain values common to all our peoples. I would like to outline the three major challenges of this new world, those that we will all have to face together.

The first challenge is the demographic issue.

I was born in 1995 on a planet with 5 billion inhabitants. Our children and grandchildren will know a world of 11 billion human beings.

This first challenge is to allow our societies and our peoples to preserve this essential right to be and remain themselves.

« Demography is destiny » wrote the French philosopher Auguste Comte. Facing Europe, in front of us, beyond the natural frontier represented by the Mediterranean, stands a continent of one billion two hundred million inhabitants, Africa, whose population will double to reach 2 billion 500 million inhabitants in 2050.
By pointing out that 42% of young Africans aspire to emigrate, the Gallup Institute reminds us that the destinies of our respective continents could be linked by the strength of numbers.

The scramble for Europe, to use the title of a book by Stephen Smith, is only the beginning. It is called for by the European Union, encouraged by social, economic and legal suction pumps that today prevent any possibility of regulating and protecting us from the coming wave.

This quasi-dogmatic vision of an unconditional, unlimited and borderless welcome not only plays into the hands of the mafias of smugglers who profit from human misery, but also destabilises our societies by leaving them open to tension and violence.

Lesbos in Greece yesterday, Lampedusa the day before yesterday, Ceuta or Melila will be our future if we do not take back control now.

The gateways to Europe for illegal immigration are multiplying, transforming archipelagos into a state of siege, where the population – left abandoned by the whole of Europe – has to deal with nuisance, vandalism and sometimes the looting of places of worship.

For the advocates of globalism, migration from the South is a right, and the welcoming of migrants in the North a duty for the peoples of Europe. For us patriots, protecting our way of life and ensuring its transmission to future generations is a civilisational imperative

Europe, our continent, can survive deficits of more than 3% of GDP; but it would not recover from a prolonged birth deficit compensated by a migratory flood from outside. Will Europe still be Europe tomorrow, if, as in Cologne, the days are punctuated by the call of the muezzin? Will it still be Europe if, as in Belgian or Dutch cities, a majority of inhabitants pledge allegiance to the King of Morocco or to Sultan Erdogan? And finally, if, as in so many parts of France, another civilisation takes hold and with it a relationship to women that is foreign to us?

And because the women and men who will be 80 years old in 2100 have already been born, it is now and today that the debate on birth policy must begin. Ambitious policies to encourage childbirth, particularly through taxation and state aid, have been implemented in some countries, such as Hungary by Viktor Orban, and should inspire us tomorrow.

The second major challenge before us, which is intrinsically linked to the first, is the environmental crisis and the ecological issue. You don’t have to be a leftist to realise that our planet’s natural resources will not be sufficient to support an ever-growing world population.

You don’t have to be a leftist to realise that the ultra-liberal economic model, built on the dream of a happy globalisation and the great relocation of the world, is slowly destroying our land and our oceans, the quality of the air we breathe and the food we eat.

Although France is one of the cleanest countries in the world thanks to its nuclear industry, the High Council for the Climate reminds us that half of our GHG emissions are directly linked to our imports, and therefore to our economic model.

Far from the catastrophist speeches of the Greens, collapsologists and other apostles of the end of the world, we must look at this challenge with lucidity and ambition. The ecological question can no longer be the monopoly of the left because it involves all of humanity.

The ecology of civilisation that we want is the real progress of the coming century. It not only preserves the diversity of peoples, identities and cultures, but also aims to leave a sustainable world for future generations.

This progress prefers localism to globalism. It prefers protective borders, short circuits, proximity and economic patriotism to unfair international competition and massive relocation.
It prefers to manufacture, consume and reprocess locally, rather than importing from Asia, consuming in Europe and recycling in Africa.
It likes beauty and goodness in the face of disfiguring globalisation. It prefers its neighbourhood, its town or village, its country, to those at the end of the world.

The ecology of civilisation is opposed to a world in which people are all the same, separated from any inherited culture, any personal beliefs, and therefore reduced to their economic interests. An indeterminate man, without origin or territory, the being of nothing, pure effect of his desire and whims.

Finally, the third and last challenge of the coming world, perhaps the greatest that our civilisation has ever faced, is called artificial intelligence. Artificial intelligence, machine power and consciousness, new technologies and the endless collection of personal data pose unprecedented economic, ethical, societal and legal dilemmas and perils.

As Yuval Harari explains in Homo Deus, the technological developments of the 21st century will, for the first time in human history, give humans the powers of gods. To create the living and modify the genome, to increase human capacities and colonise the cosmos. In a more global way, transhumanism seeks to abolish all the limits of humanity.

It raises the very question of humanity’s sovereignty over its own existence. AI competes with the human brain through its exponential capacity for analysis and there is no question of less qualified fields, but on the contrary.

In the field of health, the most powerful AIs can have a calculation capacity 1000 times greater than that of a cancer geneticist: technological progress could tomorrow aim to replace engineers or doctors.

In the face of this, politics and institutions appear obsolete. The new apostles of the transhumanist religion are already the new masters of the world. They have in their hands two immense powers: that of money and that of data, the grey gold of the century. Their names are Jeff Bezos, Elon Musk or Zuckerberg. They are investing billions in brain chips that could tomorrow cure Alzheimer’s or in the crazy dream of regenerating human cells to kill death.

This civilisational leap forward is ahead of us: it is up to us to tame and regulate it.

When a technology appears, the Americans make a business of it, the Chinese copy it and the Europeans regulate it. I do not want to offend our American friends in the room, but it is not Europe’s destiny to regulate the genius of other powers.
It is up to us, Europeans, to conquer this digital sovereignty.

To conclude, I would like to remind you that the 21st century opposes the liquidators of the Nation-State to those who want to give it back its strength.

Faced with the advocates of a deregulated world, without soul or borders, we are the guardians of limits and of a society with a human face.

When we speak of the nation state, we are not talking about an abstract concept. We are talking about a living reality, made up of territories and lands, towns and villages, dunes and mountains, flesh and history.

When we talk about the Nation-State, we are talking about a centuries-old history, of which we are the attentive heirs and continuators.

The Nation embodies the need for civilisation that people are thirsty for. It embodies a need for certainties to lean on in the storm of our world.

The Nation is this foundation of principles and values that cannot be called into question by the financial markets or by the fashions of the moment.

Patriotism and sovereignty are not steps backwards, but steps forward. They are not nostalgia for the past, but a foundation of values to face the great changes to come.

The 21st century will be patriotic and, because we are the leaders of tomorrow, we will conquer it.

Thank you for your attention. 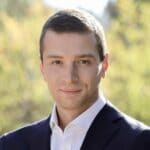 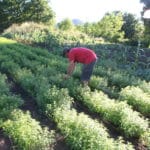 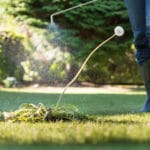 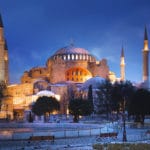